My recollection of meeting Isaih for the first time is vague, if not completely absent from my memory, and the process by which we have grown to know each other has certainly been one of the more gradual things in my life. Back in our second year of college, we were accepted into the arts and technology program, so we must have at some point been introduced during the ceremonial dinner welcoming the year’s new scholars. Although we were enrolled in much of the same ordinary curricula, our paths crossed most often during arts and tech courses and events, and over the period of three and a half years I have come to greatly enjoy the earnest wit and friendship of this artist.

Isaih is, by both training and habit, a master potter. A few times over the years we had thrown around the idea of photographing his work, but somehow never got around to it until the very final hours of an exhibition of his pottery this spring. 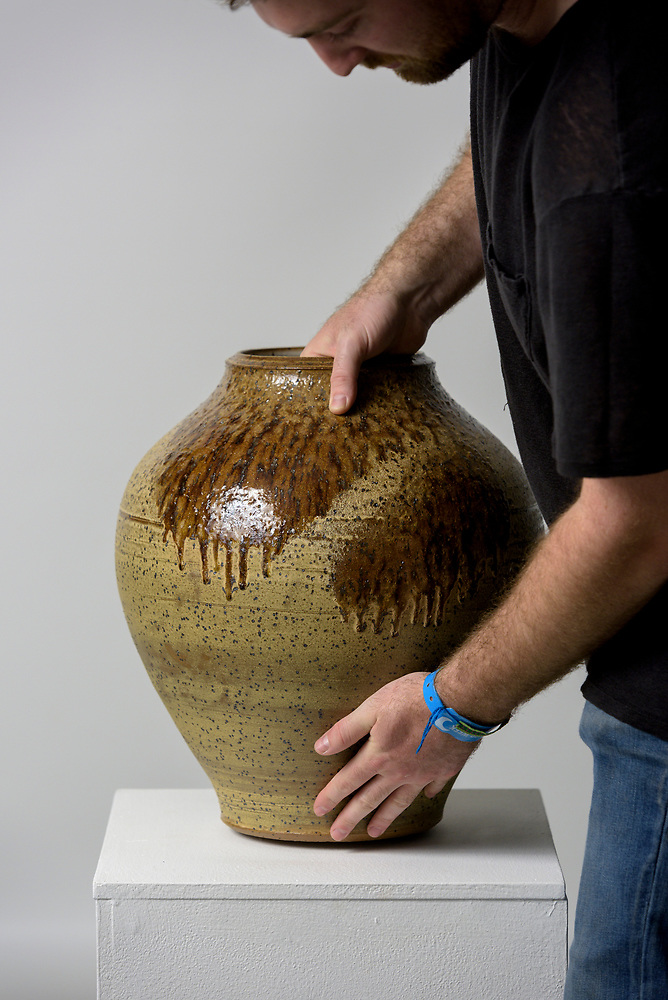 What started as an ordinary, straightahead reproduction gig quickly turned around when I shot a frame while Isaih was centering one of his pieces on the stage. I went to check the exposure and was struck by the way the human form played around the likewise-organic pot against a sterile, inorganic platform. In a rare moment of clarity on set, I decided that so the shoot would proceed — but as secretly as possible, without Isaih’s knowledge, so as not to influence how he was handling his work. 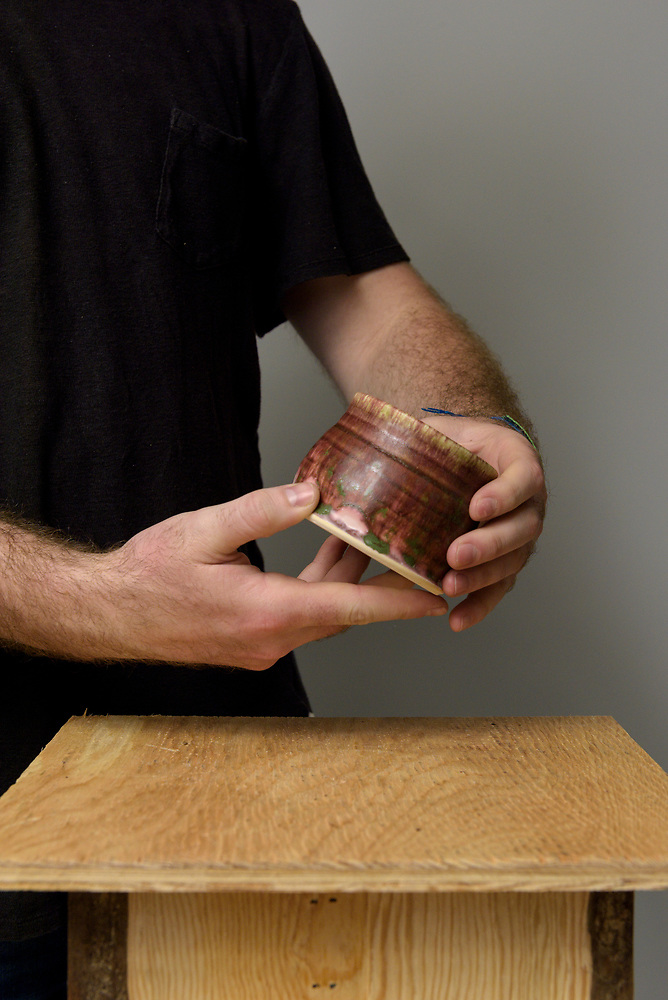 Under the guise of test exposures, I continued to fire off a few shots each time Isaih placed a piece on the stage, hoping to capture the ways in which he interacted with each form, perhaps echoing the movements and hand shapes used during their formation at the wheel. 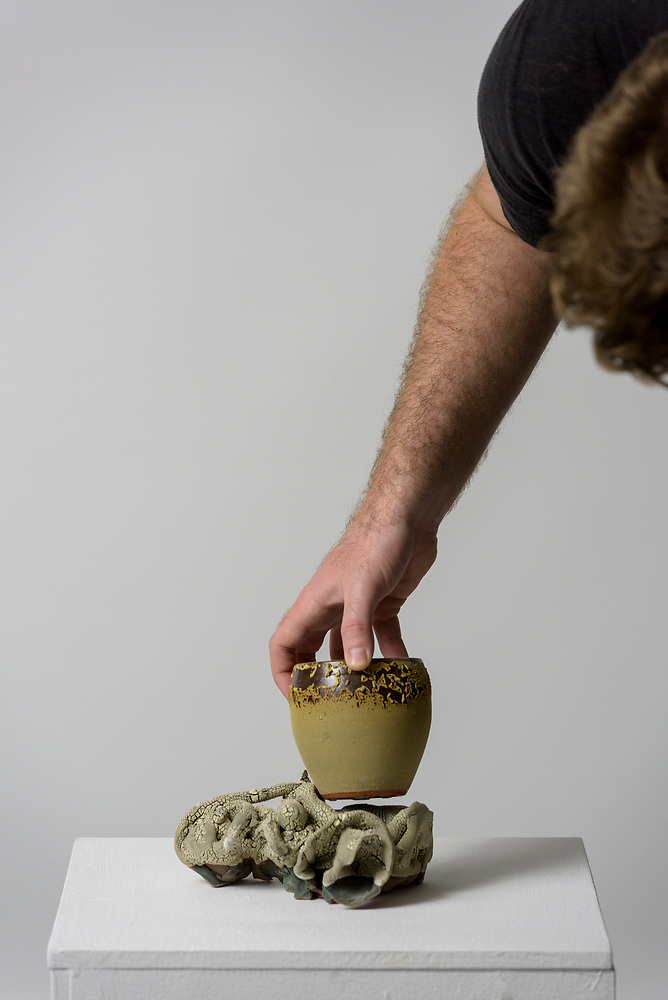 The assembly of each piece on the stage also revealed the hidden ways in which its components interact, something which would not have been so easily seen in a more static kind of photographic reproduction. 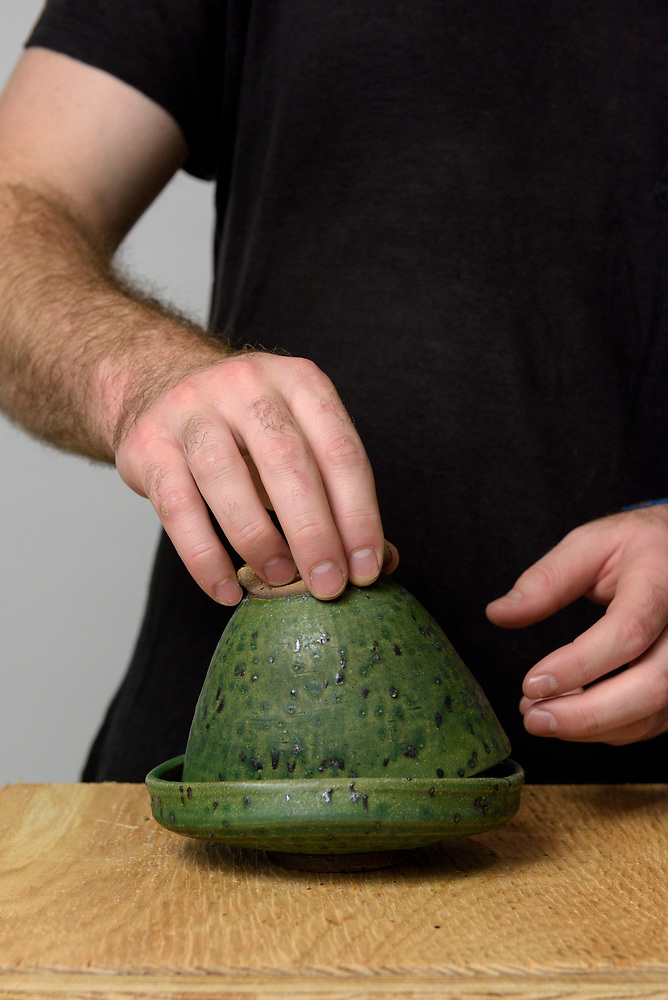 Isaih’s handling of the pieces further reflected their functional nature. These are things which have a purpose, however decoratively they might fulfill it, and the addition of human interaction to the photographs introduces the viewer to the idea that handling each pot, cup, or saucer is not only necessary, but perhaps even welcome. 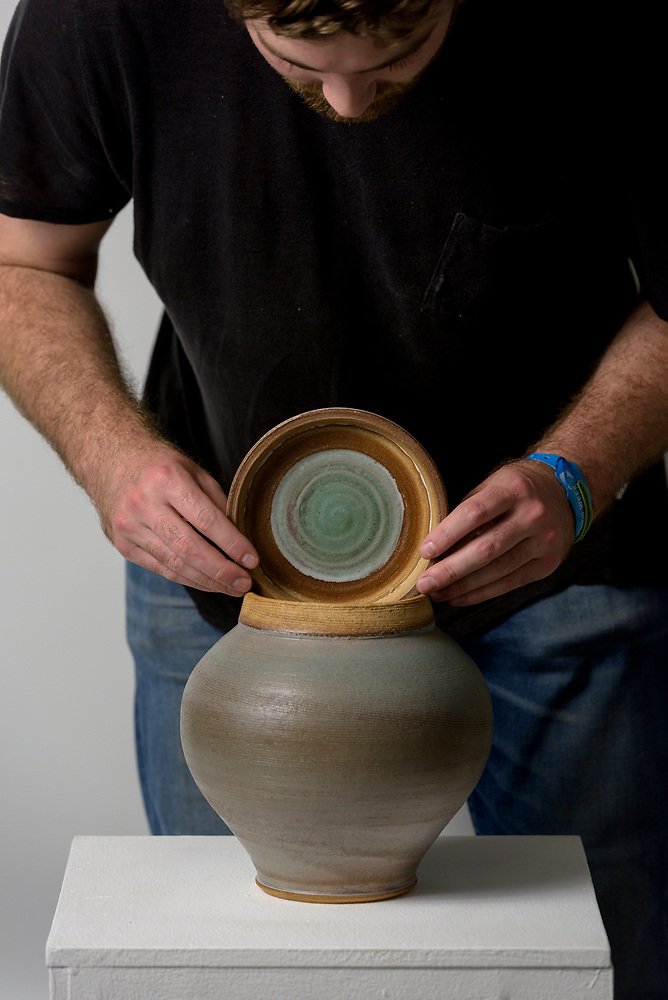 Now I’m no ceramics critic, but to my eye and heart, Isaih’s work has a wonderful and fascinating pragmatism to it, with organic shapes and an organic process informing pots which wear their functionality as beautifully as the gorgeous colors and textures in their glazes. They hide nothing — the surprises to be found in Isaih’s work lie behind the viewer’s own preconception that the art is meant for display, and the way in which each piece subverts those assumptions with hidden-in-plain-sight usefulness is uniquely delightful.

Isaih is unquestionably one of my favorite contemporary artists, and his earthy, honest personality is reflected so transparently in his work that one might get to know him as a friend merely from seeing his beautiful pots in person. I certainly hope that you might have the pleasure of doing so yourself. 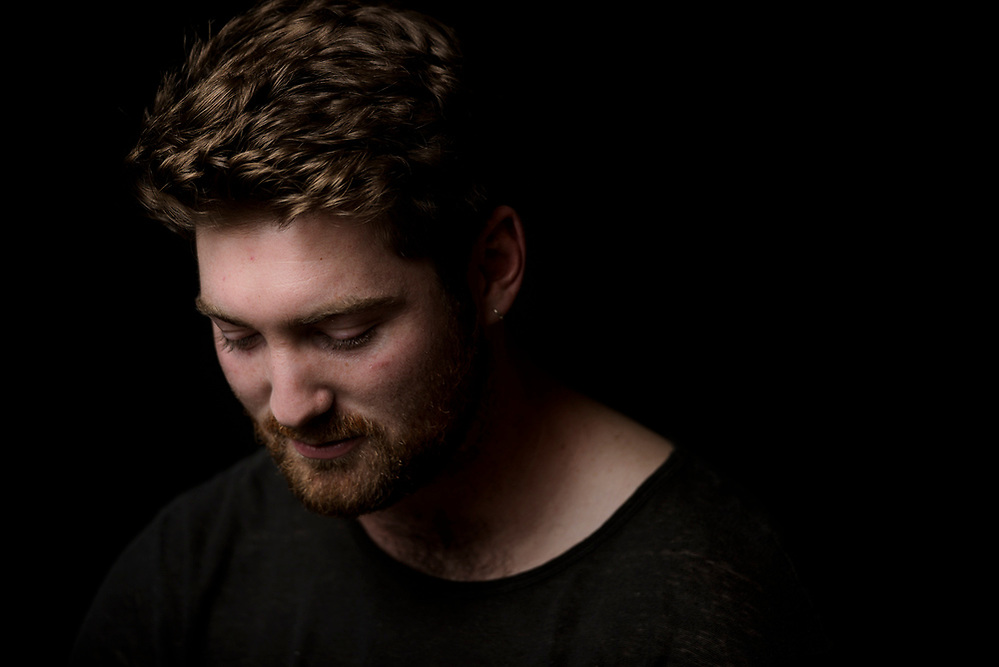 Incidentally, I also photographed Isaih for the series In Parting, which you may view over in this gallery. If you dig his work, drop him a line over at his own website!