A few weeks ago, I went over to the Glasgow School of Art to photograph its 70th annual fashion show, produced entirely by the school’s students. 56 students in the fashion and textile design programs had their knits, weaves, prints, and embroideries featured in the runway show, and simply put, it was amazing stuff. Even to my eyes, the garments were clearly designed and constructed to very high standards, and I’m sure that they hold up well against many of the other contemporary designers’ work today.

The stage design was very cool: a black T-shaped circuit dominated the space, with seating on three sides around the peninsular trunk of the T. In the middle of the runway, lengths of white sheer were draped from the ceiling truss, lit by gelled lights and animated projections. All told, it was a really strong design: nice to look at, but abstract enough to lose some visual precedence once someone was on the runway.  Right as I was getting my first look, I was directed to the photo pit. Not a great start: there was no way to get a straight-on shot down any of the sides of the runway without going out-of-bounds, and defying the house rules is never the best way to start a shoot. Luckily, the pit was right underneath the control booth, so I asked their technicians what the blocking of the show was like, and they hit me with the second half of the bad news: the models walked down the stage-right length of the runway, then turned to walk back up on the stage-left length. I had to choose between shooting models through a layer of fabric, shooting their backs as they walked away, or both… None of the three options seemed very compelling. I spent a little time at it, to cover the bases, but it just wasn’t going to be feasible in the long run. As you can see, I settled for a couple of detail shots on the runway. Fashion is a skilled handicraft, after all, so maybe there was something there. That idea didn’t get very far, but I liked a few of the results. 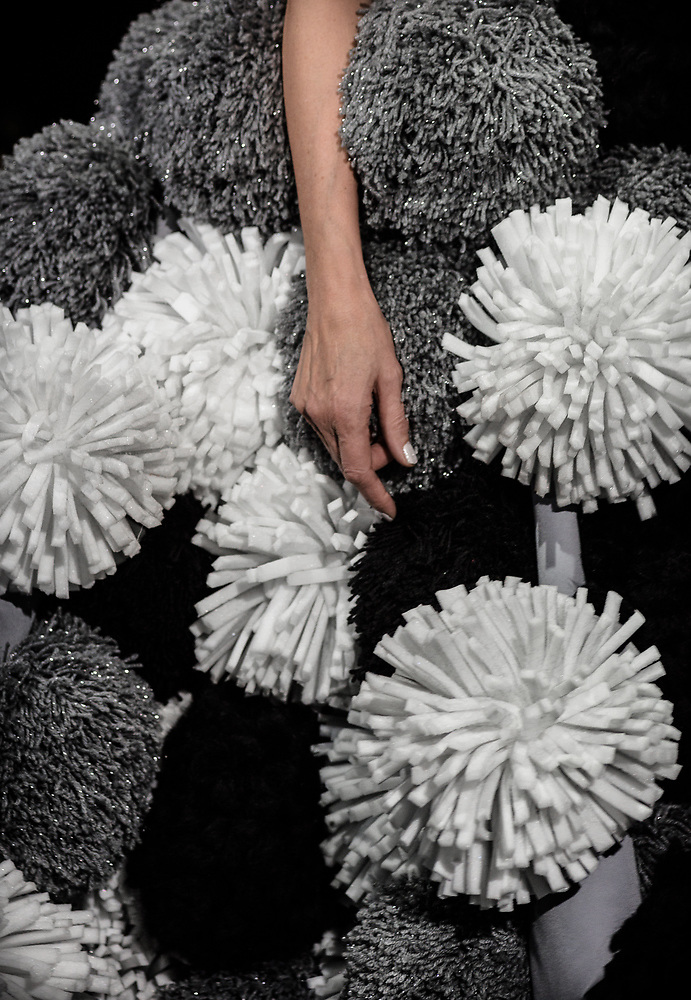 In photography (and many other fields) it just doesn’t cut it to give up and walk home when the conditions turn rough. It’s like being given bad lemons. Sure, you can make bad lemonade, but the client sure isn’t going to be happy if they’re convinced that their lemons are perfectly ripe.

I was there for two runs of the show, so after the first run ended, I slipped out of the photo pit to find some better lemons. Spending the second run backstage totally saved the gig. Going from a rough runway shoot into a situation that much more closely resembled wedding prep. The dresses, dressers, people, and noise all made for much better and faster shooting. I eventually made my way into the wings, where a round of models would wait for the call to head onstage. I think that the models were most interesting to shoot in that space. Whether they were nervous, collected, excited, bored — it seemed to come out there, under a single small overhead light. 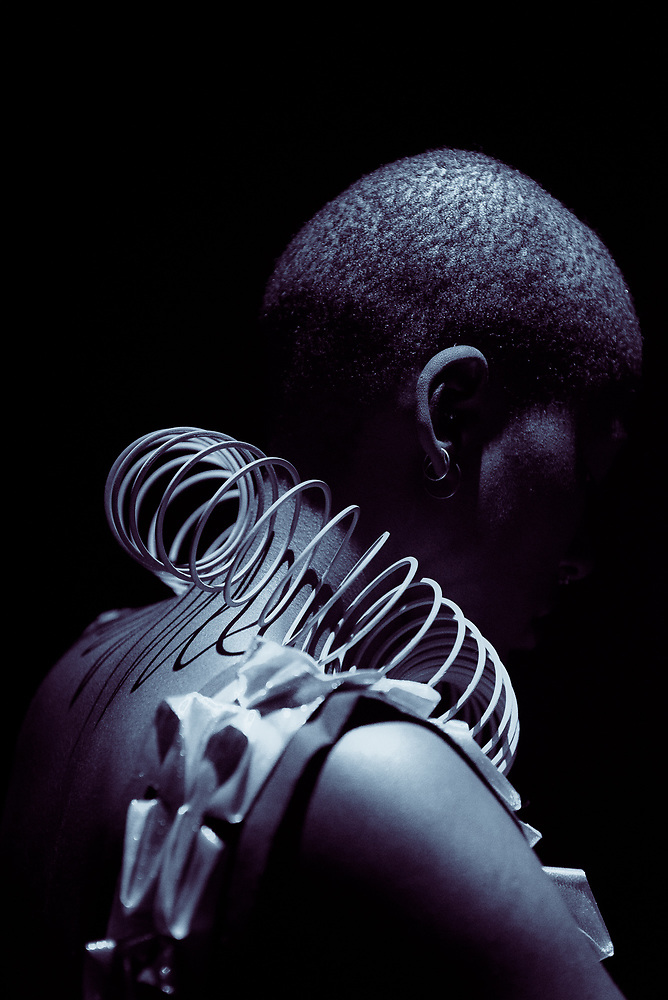